Physical Distancing and COVID-19 Protocols are in place

The Wailea Blue Course golf shop has relocated to its contemporary new home at 100 Wailea Ike Drive, across from The Shops at Wailea in the heart of the resort. Long-time Wailea Golf fans may remember the location as the site of the original Blue Clubhouse, but the complex itself has been expanded and renovated into an elegant and modern new facility.


Accompanying the new golf shop is a beautifully renovated and reconfigured course as well. Golfers on the Blue are now experiencing this classic Hawaiian resort layout as it was originally designed, with the former 6th hole now the 1st hole once again. 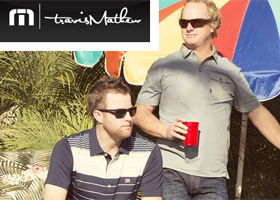 Other new updates worth checking out at Wailea can be found at both golf shops. Each one features a great selection of high quality apparel and golf products bearing their respective and exclusive Wailea Golf logos: the renowned Wailea sea horse logo at the Gold & Emerald Pro Shop, and the retro Wailea sun-and-surf logo at the Blue Pro Shop. Trending at the shops now are the latest in sun protection apparel for men and women by San Soleil – a smart way to enjoy your golf round while protecting your skin from damaging UV rays. The award-winning golf shops also carry a range of popular labels including Tail, Polo Golf by Ralph Lauren, Nike, Adidas, UnderArmour, Puma, Travis Mathew and more.


Wailea Golf Club earns new accolades! The Gold and Emerald Courses at Wailea have been showered with several new accolades. Most recently, the Wailea Gold was included in Golfweek’s 2015 ranking of the 100 Best Resort Courses, with the Emerald joining the ranks of the top 200. The Emerald also received Golf Magazine’s Travelin’ Joe Award for the “Most Couples-Friendly Course.” Golf Magazine additionally named both the Gold and Emerald to its list of the Best Public Golf Courses in Hawaii for 2014. Local residents on Maui seem to agree; readers of The Maui News once again voted the Wailea Gold as one of Maui’s top 3 golf courses. 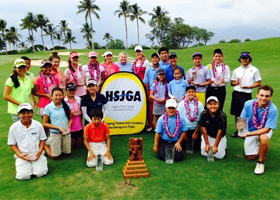 Hawaii’s very own LPGA Pro Michelle Wie once again added her name to the prestigious Hawaii State Junior Golf Association Tournament of Champions on the Wailea Emerald. Each year, the nationally ranked competition features Hawaii’s best young golfers ages 13 to 18 years old. Wie has a long association with this competition: she was just 12 years old when she captured the 15-18 age group. Today, she serves as the event’s title sponsor and ambassador. A strong advocate of junior golf, Wailea Golf Club has hosted the HSJGA tournament for 12 years. This year’s even took place on December 6th and 7th. For more information, visit www.hsjga.org.


In December, Wailea Golf Club was proud to host the Hawaii Amateur Championship on the Gold and Emerald Courses, one of the season ending major events on the Golf Channel Am Tour. More than 160 amateurs turned out to compete for a spot in the National Championship or Senior National Championship tournament – invitations are extended to the top three finishers in each flight. The Golf Channel Am Tour is the largest, most authentic amateur golf tour in North America for all ages and skill levels with more than 7,000 active members and 55 local tours. The tour offer more than 700 stroke-play tournaments including 27 Majors each season.