As a veteran -- a much nicer word than old -- sportswriter, there are certain quotes from athletes that stick with you. I was reminded of one last month when Brooke Henderson won her sixth LPGA Tour event at the Lotte Championship in Hawaii.


It was back in the summer of 2015 when a then 17-year-old Henderson had just arrived at Vancouver Golf Club in Coquitlam for the CP Women’s Open immediately following her breakthrough LPGA win in Portland, Ore.


That win had created quite a stir and Henderson had just been granted full LPGA Tour membership by commissioner Michael Whan. It had been a whirlwind couple of days for the teenager from Smith Falls, Ont. 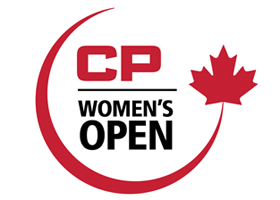 “It’s pretty cool being famous,” was how Henderson described the fuss being made following her win. “I got an ovation on the driving range.”


Well, there’s the lead for my story, I said to myself. Thank you, young lady.


Not even three years later, Henderson is even more famous, although I think you can argue that she is not nearly as famous as she should be.


Think about what she has accomplished in her short time as a professional golfer. Henderson’s win in Hawaii was her sixth on the LPGA Tour. And she’s only 20.


Let’s put that into perspective. At age 20, Henderson is just two wins shy of the eight that fellow Canadian Sandra Post earned during her Hall of Fame career. And she’s already doubled the three wins each collected by British Columbians Dawn Coe-Jones and Lisa Walters during their impressive LPGA Tour careers.


Henderson seems a sure bet to become this country’s most successful professional golfer in terms of wins. That record is shared by Post and George Knudson and Mike Weir, who each collected eight wins on the PGA Tour.


Like Weir and Post, Henderson has a major championship on her resume, having won the Women’s PGA Championship two years ago at Sahalee Golf Club near Seattle, where she beat then world No. 1 Lydia Ko in a playoff.

Of course, we should have seen this coming. Back in 2012, when she was 14, Henderson became the youngest winner of a pro tournament when she topped the field at a Canadian Women’s Tour event she was competing in as an amateur. A year later she won the Future Links Pacific Championship at Crown Isle in Courtenay against kids her own age and then later that summer won the Canadian Women’s Amateur by six shots. In 2014 she finished tied for 10th at the U.S. Women’s Open as a 16-year-old amateur.


Henderson’s appeal extends beyond the golf course. Young Canadian golfers could not ask for a better role model. A fierce competitor on the course, Henderson seems to be an exemplary human being off it. She dedicated her recent win in Hawaii to the community of Humboldt, Sask., following the tragic bus crash that claimed 16 lives.


The media, in my view, hasn’t always given Henderson the credit she deserves given her accomplishments. My local daily newspaper, for example, devoted just a few paragraphs on the last page of the sports section to her recent win in Hawaii.


You can’t help but think how much more ink Henderson would be getting if she was playing the PGA Tour instead of the LPGA Tour.  Henderson isn’t complaining, mind you. She’s too busy making birdies.


So how good will she become? Well, who knows, but to borrow Henderson’s words, it’s going to be pretty cool to watch how it all turns out.

Article by Guest Contributor Brad Ziemer, as featured in the April 2018 edition of the GolfBC eNews.