Join us on December 2nd for a one night only pop-up dinner series event! 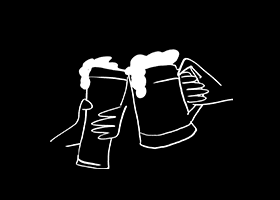 GolfBC Championship announces $75,000 donation to BC Cancer Foundation, bringing the total donated to charity over the six years of the event to $750,000

GolfBC Group announced a $75,000 donation to the BC Cancer Foundation, the tournament’s designated charity beneficiary, at the closing ceremonies of the 2022 GolfBC Championship held at Gallagher’s Canyon Golf & Country Club. This donation brings the total charitable contribution over the six years of the event to $750,000.
7th September, 2022GolfBC Group

KELOWNA — They were playing golf but Noah Goodwin and Scott Stevens went at it like a pair of heavyweight boxers in the final round of the GolfBC Championship, punching and counter-punching their way around Gallagher’s Canyon Golf & Country Club.
4th September, 2022Brad Ziemer, Guest Contributor

KELOWNA — The GolfBC Championship is the final full-field event of the PGA Tour Canada season and the last opportunity for players to lock up spots in the season-ending Fortinet Cup Championship.


That event, scheduled for Sept. 15-18 at Deer Ridge Golf Club in Kitchener, Ont., is limited to the top 60 players on the Fortinet Cup points list after the GolfBC Championship.

Davison began Saturday’s final round with a one-shot lead and ended up winning by two. He was caught briefly, but never surrendered the lead.
28th September, 2021Brad Ziemer, Event Journalist

Golf writer Brad Ziemer is in Kelowna, and will be contributing articles all week during the Mackenzie Tour’s GolfBC Championship at Gallagher’s Canyon Golf Club, September 20-15. Here’s his list of 10 players to keep an eye on this week...
21st September, 2021Brad Ziemer, Event Journalist