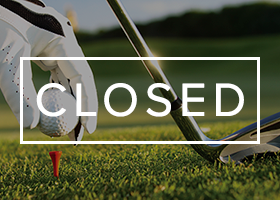 Rory McIlroy won the $15-million first-place prize, but you couldn’t help but get the impression he would have traded away that huge payday in a heartbeat for a green jacket. Let’s face it, despite all the money the PGA Tour has thrown at its FedEx Cup playoffs, its season-long points race hasn’t exactly captured the imagination of golf fans or even the players...

The Canadian golf industry, led by "We Are Golf", is conducting the 2019 Canadian Golf Economic Impact Study and is looking for feedback from all Canadian golfers!

Some mid-summer thoughts as we head into August: CP Women's Open returns to the Lower Mainland plus a young local making tournament history, BC legend Doug Roxburgh shows no signs of slowing down, and some highlights of the PGA Tour's youngest "hot shots"...

Brad Ziemer highlights our four BC Boys - Taylor, Sloan, Svenson, and Hadwin - as they battle out the last stretch of their professional seasons...

After a strong start on the front 9, four-under at the time, he still didn’t have the lead. So Knapp pressed even harder on the gas pedal. He eagled that par 5 ninth hole to grab the lead and never surrendered it en route to winning the GolfBC Championship by a single shot. The win completed a B.C. double of sorts for the former UCLA Bruin. He won the PGA Tour Canada-Mackenzie Tour season-opener in Vancouver in late May.