Tuesdays after 5pm, at Olympic View 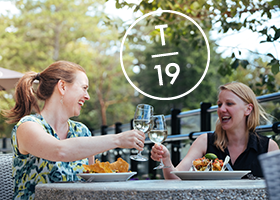 By now, most of you have heard of Jared du Toit. But for those who have paid any kind of attention to the amateur golf scene in British Columbia, du Toit’s impressive performance at the recent RBC Canadian Open was not a complete revelation...
1st August, 2016Brad Ziemer, Guest Contributor

GolfBC Championship a hit with players

The weather wasn’t perfect, but the players will tell you that nearly everything else was. The GolfBC Championship was a huge hit with the Mackenzie Tour-PGA Tour Canada pros, who had nothing but good things to say about the inaugural event.
12th June, 2016Brad Ziemer, Guest Contributor

Dan McCarthy, a 30-year-old pro from Syracuse, N.Y., coasted to his second win of the season Sunday as captured the inaugural GolfBC Championship by seven strokes. He finished the 72-hole event at Gallagher’s Canyon Golf & Country Club at 25-under par.
12th June, 2016Brad Ziemer, Guest Contributor

A British Columbia winner for the inaugural GolfBC Championship? That sounds just fine to Ryan Williams. Tournament organizers probably wouldn’t mind that one bit, either. The fact that Williams, a 35-year-old Vancouver native, and Victoria’s Cory Renfrew are in the thick of things should help draw a crowd to Sunday’s final round of the $175,000 Mackenzie Tour-PGA Tour Canada event.
11th June, 2016Brad Ziemer, Guest Contributor