Between the ages of 19-39? Mayfair Lakes has a NEW membership just for you. 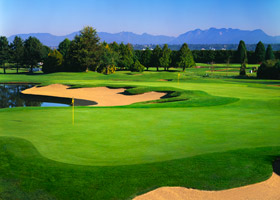 
Rory McIlroy won the $15-million first-place prize, but you couldn’t help but get the impression he would have traded away that huge payday in a heartbeat for a green jacket.


Let’s face it, despite all the money the PGA Tour has thrown at its FedEx Cup playoffs, its season-long points race hasn’t exactly captured the imagination of golf fans or even the players.


Don’t get me wrong. The players love the money. Who wouldn’t? McIlroy wasn’t the only big winner at East Lake Golf Club in Atlanta. Xander Schauffele made $5 million for finishing second, while Justin Thomas and Brooks Koepka each took home $3.5 million after tying for third. Anyone finishing eighth or better in the 30-man field made at least $1 million. Dustin Johnson and Lucas Glover, who tied for last place, had to each make do with $400,000 for their four days’ work.


McIlroy, of course, will happily cash his big cheque, but earlier in the week it was interesting to hear his take on the FedEx Cup. Basically, McIlroy’s message was that money doesn’t make a major. And as hard as the PGA Tour is trying to make the FedEx Cup a big thing, it’s really only big when it comes to the money it pays out.


Here’s what McIlroy had to say on the eve of the tournament.


“Who knows what the winner wins at the Masters,” McIlroy said. “I don’t know because that’s not what it is about. If, again, the FedEx Cup wants to create a legacy that lasts longer, it doesn’t need to be about the money. It should be about the prestige of winning an event that you’ll be remembered for.”


For the record, this year’s Masters winner -- Tiger Woods -- took home just under $2.1 million -- for his victory at Augusta National.


That’s another problem with the FedEx Cup and Tour Championship. Two of this year’s four major championship winners -- Woods and Open Championship winner Shane Lowry -- weren’t in the field at East Lake. That’s in large part due to the way the PGA Tour dishes out its points.


Major championship winners receive 600 FedEx Cup points, only 100 more than winners of regular PGA Tour events receive. The Tour is telling us that an Open Championship title is only worth 100 points more than winning the John Deere Classic. That’s nuts, especially when you consider that come playoff time the PGA Tour hands out quadruple points to winners of those events.


That’s why Justin Thomas was seeded first heading into the Tour Championship. After only a so-so year by his standards, Thomas won at the right time when he captured the BMW Championship at Medinah Country Club in Chicago earlier in August.


And that whole seeding thing is another subject McIlroy and others took issue with. Thomas, as top seed, started the Tour Championship at 10-under par, while the guy in 30th place started at even par. Can you imagine anything similar to this happening at Augusta National or The Old Course at St. Andrews? McIlroy can’t.


“If the FedEx Cup really wants to have this legacy in the game, like some of these other championships do, is people starting the tournament on different numbers the best way to do it?” he said in his pre-tournament news conference.


Sorry, PGA Tour, you can market the heck out of the FedEx Cup using phrases like ‘history will be made’ and ‘Ultimate August,’ but the fact is golf has four majors and your season-finale is not one of them. Not even close.


By the way, the race for the FedEx Cup never really ends. The next one starts on Sept. 12 when the PGA Tour tees off its 2019-20 season in White Sulphur Springs, W.Va., at a new tournament called A Military Tribute at The Greenbrier.